A.Ter-Minasyan: "It is important to preserve all that is most valuable"

The National Museum-Institute of Architecture of Armenia collects, studies, and preserves materials on the history, theory and practice of architecture and urban development, as well as on creative work done by Armenian architects living in the homeland and abroad.

Ms. Anush Ter-Minasyan - Director of the National Museum-Institute of Architecture of Armenia, Candidate (PhD) of Architecture – spoke about the scheduled exhibitions and future plans of the museum and its key problems. 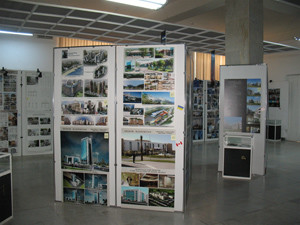 -One of the major issues that our museum needs to solve is expanding its area. The museum has existed for 25 years, with a most valuable archive collected over this period.
But the lack of space significantly hinders the use and scientific processing of museum materials. Besides, there are no appropriate conditions that would allow us to keep the funds and create a permanent exposition.
We function not only as a museum, but also as an institute so we also have to deal with issues related to scientific work, and this highlights again the territory problem.
With an access to the richest archives of the museum, many interesting materials and research subjects will open.

-Is the museum planning to set up a permanent exposition?
-Our museum may be of great interest to experts and many visitors such as architecture lovers and tourists.
For that reason, an issue of primary importance is creating a permanent exposition that will feature Armenian architecture from ancient times to the present day and show the whole process of its development.
For centuries, our architecture has been a guarantee of the Armenian nation’s self-identification.
And this is essential not only for us – Armenian architecture has played a significant role in the history of world architecture, which should be demonstrated.
Items on display will include mock-ups, photographs, annotations - in short, everything that will visually demonstrate the entire process and all the stages in the development of Armenian architecture. Such an exposition will definitely arouse interest of everyone.

-Is it true that the National Museum of Architecture under Armenia’s Ministry of Urban Development and Alexander Tamanyan Museum-Institute will be merged in the future?
-A. Tamanyan Museum also operates under Urban Development Ministry, and there are plans to create - through merger of those two museums – National Museum-Institute of Architecture after Alexander Tamanyan.
Both institutions currently don’t have conditions for the proper functioning of a museum, and it will become possible to create a single museum with a permanent exposition and halls where exhibitions, workshops and master classes can be organized and educational programs carried out for children.


-What exhibitions will be held in the museum in 2016?
-On March 29, “Russian and Armenian Holy Sites of Jerusalem” – a very interesting exhibition of unique photos – will open in the museum.

On display will be photos from the collection of Saint Petersburg State Museum of the History of Religion. Visitors will have the opportunity to see works by famous photographers of the 19th and early 20th centuries. Over 60 photos from the collection of the Imperial Orthodox Palestine Society will be displayed – many of them for the first time. Timed to coincide with Armenian and Orthodox Easter, the expo will run until May 5. In the autumn the museum will host an exhibition dedicated to the 25th anniversary of the independence of the Republic of Armenia. The photographs and projects will present everything that has been created, built and restored over this period. In the autumn of 2016, the museum plans to hold the International Biennale featuring works of foreign architects of Armenian descent. The museum’s plans also include exhibitions on various themes, such as “Armenian Tapestry in the Interior”, and cooperation with other museums, including Russian ones.