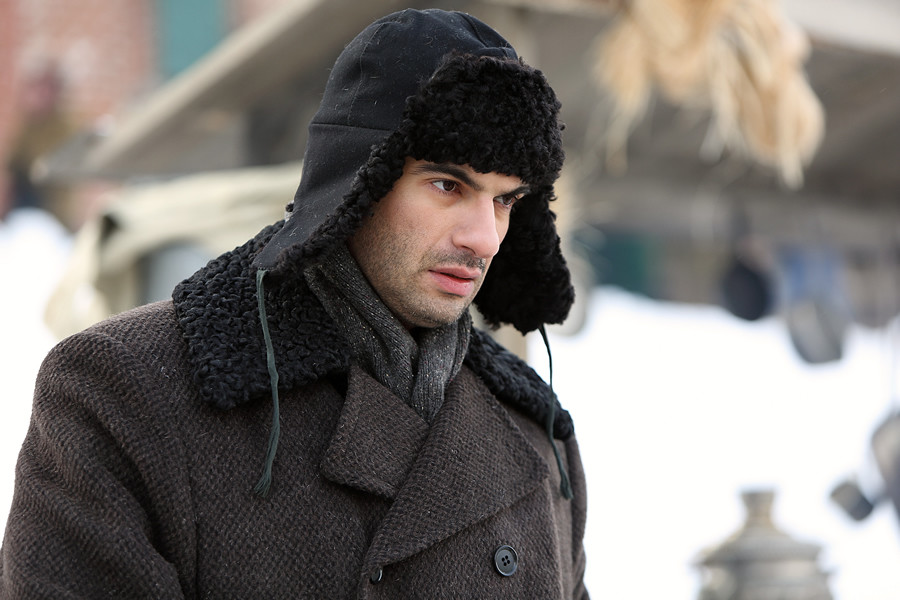 On February 24, in Yaroslavl the "Mars Media" film company started shooting a full-length film "Sabre Dance" (director - Yusup Razykov; general producer - Ruben Dishdishyan), which presents the history of creation of Aram Khachaturian’s masterpiece - the famous "Sabre Dance". The last days of filming passed in Yerevan, in late April, 2018 when Mars Media’s press service reported about the completion of filming. Acting as a film consultant was the House Museum of Aram Khachaturian. Here is what its director Ms. Armine Grigoryan told about their cooperation with the crew. 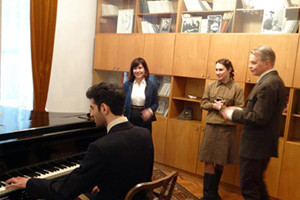 - To shoot a film, especially a feature one about a person of such a scale is certainly a very big responsibility. The period covered in the "Saber Dance" is the 40s, when the "Gayane" ballet was created. The film tells the history of creating that "recalcitrant and noisy child", as Aram Ilyich Khachaturian used to call his famous masterpiece - the "Saber Dance". It was in the cold autumn of 1942, the second year of World War II in Russia, in the city of Molotov (former Perm renamed just on the threshold of war) where the Leningrad Academic Opera and Ballet Theater n. a. Kirov was evacuated. Evacuation, hunger, cold, uncertainty. 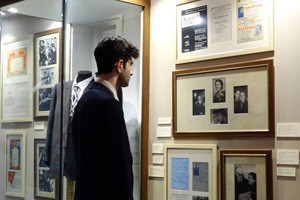 The final efforts to stage the performance of "Gayane" were almost over. However before the last rehearsal Khachaturyan was unexpectedly ordered by the directorate to create another dance for the final part of the completed ballet and the composer had written his most performed work within 8 hours. Preparatory work for the film began four years ago. We had a meeting with the film producer Tigran Manasyan who told about the idea of making a film about Khachaturian, and the House- Museum tried to possibly assist through providing books, materials and other information about the Maestro from the museum's archive, artifacts, consulting, etc. We also had several meetings with the film director and script writer Yusup Razykov and we felt with what love and interest did he treat the personality and heritage of Aram Khachaturian, how scrupulous he was in the study of information to be presented in the film in the best possible way. 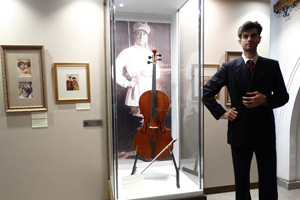 The filming started in Yaroslavl and Yaroslavl region, Russia and the two last weeks were held in Yerevan, where the main production site was the Yerevan State Opera and Ballet Theater n. a. Spendiarov. As for the House Museum, chronologically it did not coincide with the years covered by the film, so there was no shooting in Maestro ‘s House-Museum. However, the museum acted as a film consultant. I do hope that this first experience will be a success, the film will be truly established, because the team assembled for filming was highly professional and has done a lot of work. The role of Aram Ilyich Khachaturian was performed by Hambartsum Kabanyan, a talented Russian actor from the "Peter Fomenko Workshop". The Yerevan shooting coincided with the days of the Velvet Revolution in late April. The general jubilation and atmosphere of these days in Armenia inspired the creative team even more, the group of actors told us during the meeting in the Khachaturian House Museum. Responding to my question, what can he say about these days in Armenia, one of the Russian actors answered: "This is one of the happiest moments in my life - not only artistic, but in general, I am experiencing euphoria, and the whole group is in the same condition these days!”
The film was shot under the patronage of Mrs. Rita Sargsyan, as well as with the support of the Ministries of Culture of Russia and Armenia.