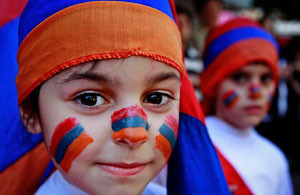 “I am happy to see a nation as ancient as world, which is full of accomplished strength, incredible nature rich of treasure. The ancient world buried it, but it rose again from under the ruins of it…”, - the writer Andrei Belie wrote about Armenia at the beginning of the last century. Armenia is a wonderful country, mystical and unique, where the present intertwines with the past, and where original wild beauty of nature harmonizes with the contemporaneity… Armenia has always aroused an interest in the world of tourism, as it is unique and unlike other countries. Armenia is often visited by people who want to run from the bustle of huge metropolises and have a rest enjoying the silence and coolness of high mountains. It is visited by people who are interested in the oldest temples, which were built before Christ, and the stones of which are eternal. Armenia is also visited by people who like to walk in Yerevan, to enjoy numerous cafes, restaurants, hotels, boutiques, museums, photo galleries and churches. 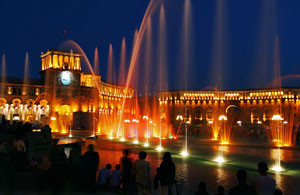 There are so many sights in this small and sunny country that even a couple of months are not enough to see it. There is the temple Garni, monasteries in Geghard and Agartsin, one of the greatest observatories in Byurakan, Ejmiatsin, Khor Virap, Amberd, and the Lake Sevan, which has a fascinating turquoise tint any time of the year: this is the least that Armenia can offer the world. Armenia is the oldest civilization with a young heart. Armenia, officially the Republic of Armenia, is a mountainous country in the South Caucasus region of Eurasia. Located at the crossroads of Western Asia and Eastern Europe, it is bordered by Turkey to the west, Georgia to the north, the de facto independent Nagorno-Karabakh Republic and Azerbaijan to the east, and Iran and the Azerbaijani exclave of Nakhchivan to the south. Armenia is a unitary, multi-party, democratic nation-state with an ancient cultural heritage. 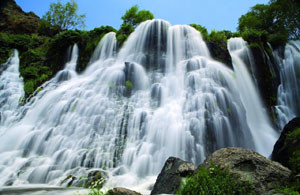 The Kingdom of Armenia was established in the 6th century BC, after the fall of Urartu; it became the first state in the world to adopt Christianity as its religion, in the early years of the 4th century (the traditional date is 301 AD). For this reason, Armenia is often called "the first Christian nation." An Armenian principality and later a kingdom, known as Cilician Armenia, existed on the coast of the Mediterranean Sea between the 11th and 14th centuries. By the 19th century, the traditional Armenian homeland was divided between the Ottoman and Russian empires. During World War I, the Armenians living in their ancestral lands in the Ottoman Empire were systematically exterminated in the Armenian Genocide. 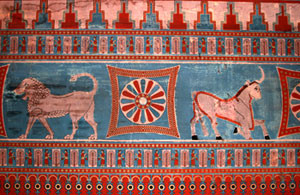 After almost 600 years of statelessness, Armenia was able to become independent in 1918, however, the First Republic of Armenia was surrounded by hostile countries that forcibly ended its independence in 1920. Between 1920 and 1991, Armenia was part of the Soviet Union. The modern Republic of Armenia became independent in 1991. The Republic of Armenia recognizes the Armenian Apostolic Church, the world's oldest national church, as the country's primary religious establishment. Armenians have their own unique alphabet invented by Mesrop Mashtots in 405 AD. Armenia is a member of the Council of Europe and the Collective Security Treaty Organization. Armenia supports the de-facto independence of the Nagorno-Karabakh Republic which arose after a long and bitter war in the early 1990s.