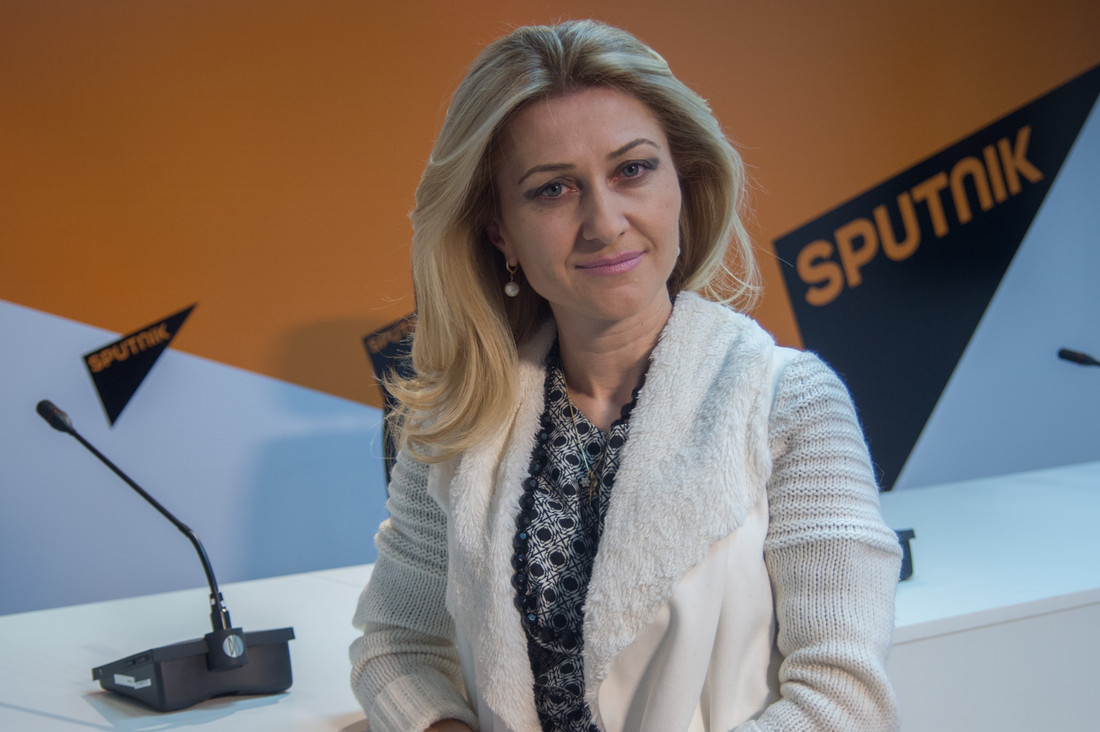 -Tell please about broadcasting Sputnik`s radio.
-Sputnik’s radio broadcasting will use only modern formats, such as FM, digital DAB/DAB+ (Digital Radio Broadcasting), HD-Radio, as well as mobile phones and the Internet. The frequency of radio Sputnik Armenia broadcasting in Armenia FM 106.0, and radio Sputnik Armenia you can listen on our website www.sputnikarmenia.ru and www.sputnik.co.am live.
-There is no advertisement or music in the Sputnik Armenia’s broadcast. What do you think, does this format of broadcasting interest the audience?
-News content itself is very diverse, that’s why after a short period of time information about events is changing, and a listener receives different news. News blogs alternate with programs where a listener again learns something new for himself, a topic is discussed, various questions are raised. Our focus is just like that, and many listeners like that there are no annoying advertisements in broadcasting. There is no any advertising on our website as well.
-Is the broadcasting in Armenian or in Russian? What is the focus and subject of Armenian programs?
-Sputnik Armenia broadcasts 24 hours a day. During certain hours, programs are broadcast in Armenian, outside these hours, broadcasting is in Russian. We launched a new network of broadcasting, starting from December 1, 2015. During the new season, an operative information analytical blog, as well as authored programs affecting the whole spectrum of socio-political, economic, social and cultural life of Armenia, near and far abroad are presented to the listeners of radio Sputnik Armenia. In the new season, Sputnik Armenia gives an opportunity of interactive communication to broadcasters with the audience. Listeners can call during the live streaming and ask different questions to the broadcasters and guests. Also, listeners can leave their comments and ask their questions on Sputnik Armenia’s official Facebook and Twitter accounts. Besides news blogs, radio Sputnik Armenia broadcasts authored projects in Armenian language, such as program “Tet-a-Tet” by Aram Chakhoyan, Arman Vaneskeghyan’s daily analytical program “In a Reality”, Karen Avetisyan’s “Artbox” and “Treasures of Armenia”, informational project “Beyond the Scope” by Amalie Papyan. Multimedia portal www.sputnikarmenia.ru (www.sputnik.co.am), provided in Armenian and Russian languages, offers the reader news blogs in the sphere of political, economical, social and cultural life of Armenia, as well as top world news. There are also provided videos and exclusive interviews on the webpage. In addition, our photo service places photo reports dedicated to various people, situations and events.
(Inessa Mirijanyan; for armeniabusiness.am)