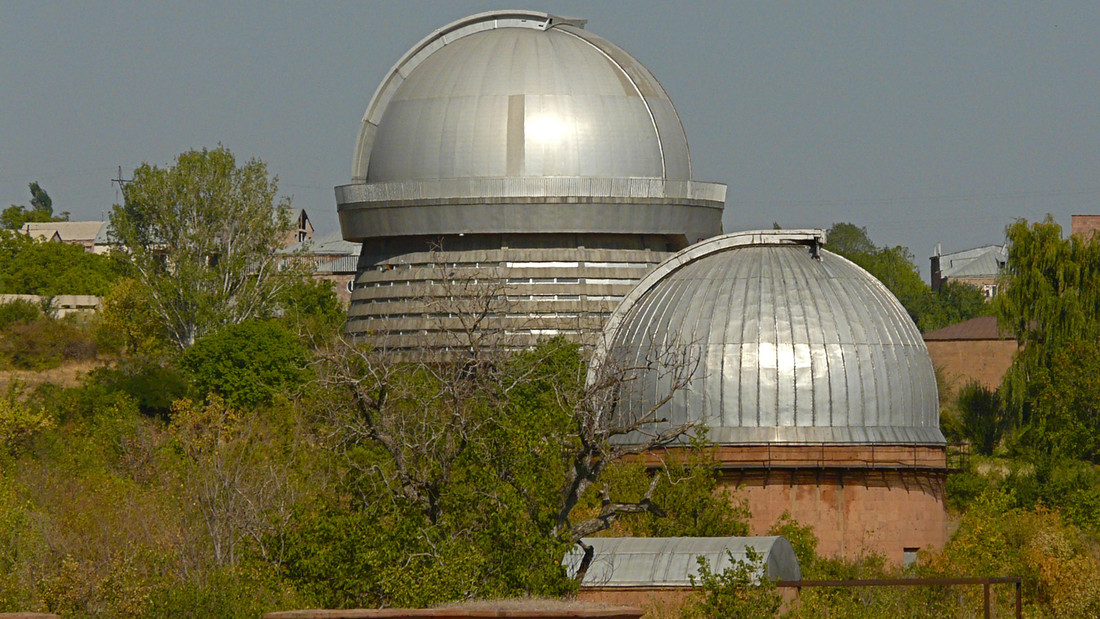 June 15 marks a symbolic date for Byurakan Astrophysical Observatory (BAO) in Armenia as after decades-long closure the scientific center reopened its “Star Gates” - the main entrance leading to the Observatory campus with the telescope towers, administrative and laboratory buildings.

June 16, 2017. “Viktor Hambardzumyan was the one who named the main entrance of the observatory as “Star Gates” and this re-reopening ceremony comes to honor the memory of the great Armenia scientist and one of the founders of theoretical astrophysics,” Director at the Observatory Areg Mikayelyan stated during his opening remarks.
“The gates that remained shut down for long years, has been believed to leading to the sky, the stars and ultimately the space. Over the past years only the rear entrance operated,” he added, noting the inaugurated entrance is close to the main road and thjs easier for the visitors to attend the observatory. The director next added the decision to reopened the main gates is aimed at attracting tourists. “Apart from its primary scientific significance, the observatory may turn into a visiting card for tourists as well,” Mikayelyan said, pointing out the renovation and reconstruction works at the adjacent territories of the observatory.
Astrophysician Elma Parsamyan who has worked for more that 60 years at the Observatory, recalled the days when Viktor Hambardzumyan’s car was entering the gates. “Today we should really be able to appreciate what is being done. We are happy for having these beautiful gates again to pass through,” she said. Mrs. Parsamyan also spoke of the Observatory need in young cadres expressing, hope the state will do its utmost to keep young and talented specialists in the country.
Source Panorama.am