View the embedded image gallery online at:
https://yerevanguide.am/en/museums-galleries/377-sarian-museum-en#sigProId9f6e769224
Open:every day 11:00am - 18:00pm The booking-office stops functioning half an hour before the museum’s closing cost of tickets: adults – 1000 AMD., for schoolchildren, students, pensioners - 300 AMD. Closed: on Thursdays, on 24th of April, on national holidays. Guided excursion: in Armenian - 2000 AMD,in Russian, English, French - 2500 AMD. Free day Every last Saturday of the month. 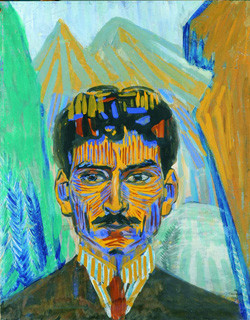 "The sun of Armenia is in his eyes,” this is what Yervand Kochar said about Saryan.
“The light of Armenia flies to us thanks to Martiros Saryan.
This light, happy at last, is on the fruits, on the mountains and on the faces…
It is a treasure discovered anew. This color is so beautiful that centuries should assign Saryan one of the leading places together with Matisse and Cezanne.
Maybe Saryan will occupy a higher place as he is a painter of happiness," wrote Luis Aragon about Saryan. "I like the Sun most of all. To love the Sun means to love the Universe, to love the Earth and all that exists on it. We are linked to the Sun. It has been pulling the Earth towards itself since time began. Where? We do not know. New generations come, but the Sun always stays with us. Let us be true to this order of things. Let us cherish life, light and love, and use our labor to justify the nature has put in as." Martiros Sarian. 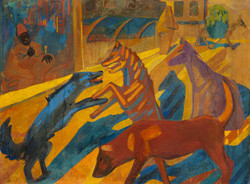 "I had to get rid of the percepts I had been taught, so mundane and obtrusive, and to find my own idiom, without utilizing that of others. I began to look for more stable and simpler forms and colors, to convey the pictorial essence of reality. My goal has been to achieve with very simple means, and without any ponderousness, the maximum expression. What I mean is the power of expression with which all true works of art have been invested, from antiquity to our own day." Martiros Sarian. 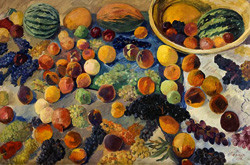 Each of Saryan’s canvases is a unique world of absolute harmony of paints. The paints are so fresh and real that they become tangible. Another step and you seem to find yourself on the other side of the canvas, that you are caught with the midday heat in an orange- yellow mountainous village, that you dive into the mysterious depth of the big almond-shaped oriental eyes of a stranger, that you feel the coolness and infinity of the blue sky... " Light, color, content, form, organic fusion of nearby objects and their parts should be conveyed without any redundance. It is that difficult easiness which is apparent in the works of the eminent masters of all times. It is vital to develop in yourself the ability to see and understand things promptly and to convey them promptly, at the same time it is necessary to know measure." Martiros Sarian. 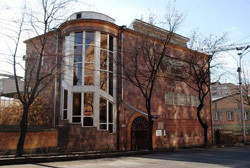 House-Museum of the great artist of the XX century – Martiros Sarian (1880-1972) was built in Yerevan by special order of Armenia government and open on Nov. 26, 1967 during Master’s lifetime. The museum building consists of two- storey mansion where the artist lived and worked in 1932-1972 and attached to it three-storey gallery built in 1967. The author of the house’s project was Alexander Tamanian – the eminent architect of Yerevan. The museum part was designed by Mark Grigorian. The upper part of the building’s front facade was decorated with mosaic and inlay by the noted artist Gagik Smbatian from M.Sarian’s sketch. The first director of the house-museum was the artist’s son – the composer Lazar Sarian who supervised the museum building’s construction. From 1967 up to 2005 the museum was headed by the art critic Shahen Khachatrian. In 2003-2004 Lucy Mirzoyan – who for a long time was the museum’s chief curator- became a museum director. From 2004 the museum’s director is the artist’s granddaughter – Rouzan Sarian – Candidate of Philology. 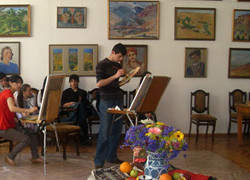 The distinctive point of the house-museum’s collection is that all the works and sketches which were in the house and the studio in recent years are gathered there. Sarian’s 50 works which he had donated to the museum became the core of the fund’s creation. Later on the fund was increased due to donations and purchases. Nowadays the popularization of Master’s art and creation of the database about his works are the House-Museum’s main objective. The research work is conducted in the museum, the complementary chronicle of the artist’s life and creativity is being made; the memoirs, manuscripts and letters are being prepared for press, a full catalogue of his works is made. Social and educational activities for children and young people are also held in the museum, in addition to chamber music concerts. 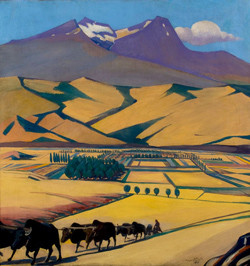 The house-museum’s exposition represents all periods and genres of the artist’s creativity, starting from the first drawings executed at the age of 16 and ending with the works produced in his last months of life. The permanent exposition comprising over 300 works is located on the three floors of the museum in chronological order. It also includes famous works from Sarian family collection. The artist’s studio - the museum’s sacred place – is open for the visitors as well. 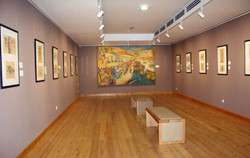 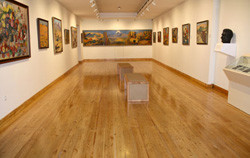 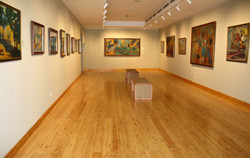 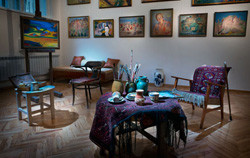 The Artist’s studio. Here one can see the main genres of the Master’s creativity: portraits, still lifes, landscapes (1922-1963), which are exhibited in so-called “carpet hanging” manner, typical for the private galleries at the beginning of the 20th century. A documentary titled "Martiros Sarian" (1965) is also shown in the studio. The artist’s final work "Fairy Tale" (1965) painted in oils and left on the easel, his brushes, paints and palettes are of special interest.