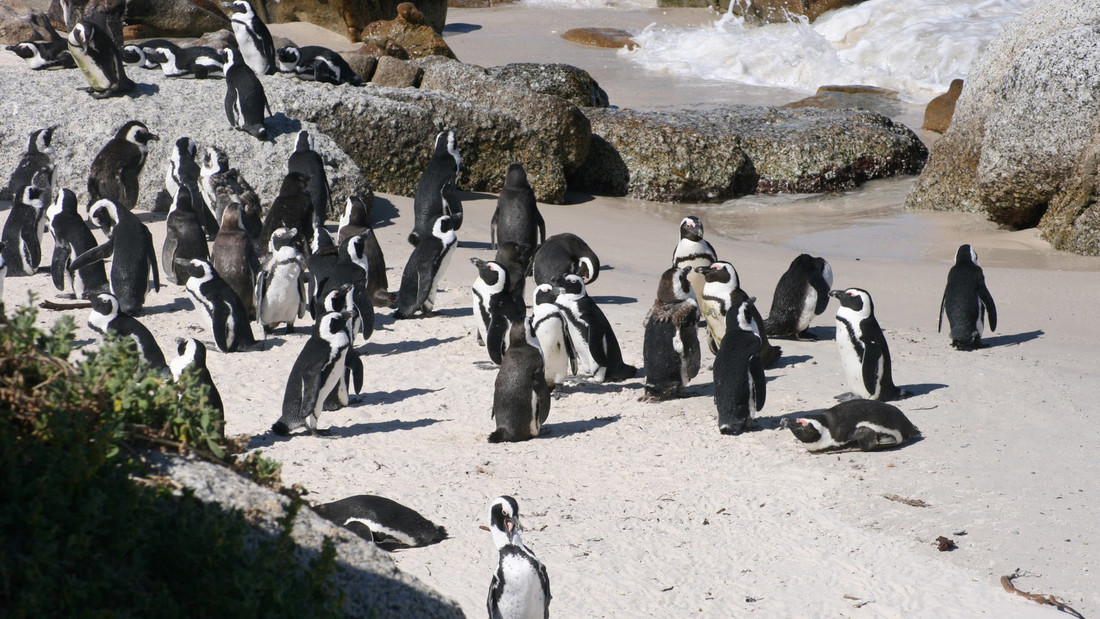 Climate change and overfishing have left already endangered young penguins in Africa confused about where to find food, and they are dying in high numbers as a result, researchers said Thursday, February 9, AFP reports.

February 10, 2017. The report in the journal Current Biology describes a dire predicament for African penguins, whose young population is projected to be down 50 percent in some of the most affected areas of coastal Namibia and South Africa. "Our results show that juvenile African penguins are stuck foraging for food in the wrong places due to fishing and climate change," said lead author Richard Sherley of the University of Exeter and University of Cape Town. The problem happens when the young penguins leave their colonies for the first time and travel long distances, searching the ocean for signs that an area has plenty of fish and the smaller creatures they feed on, called plankton. These signs include areas of low sea temperatures and high chlorophyll-a, which indicates plankton is near, and likely also the sardines and anchovies that feed on it. "These were once reliable cues for prey-rich waters, but climate change and industrial fishing have depleted forage fish stocks in this system," said Sherley. "These signs can now lead them to places where these fish, the penguins' main prey, are scarce." Researchers used satellites to track newly fledged African penguins from eight sites across their breeding range. They found that many penguins were getting trapped in the Benguela Current Large Marine Ecosystem (BCLME), an area that stretches from southern Angola to Cape Point in South Africa's Western Cape. The region has suffered from decades of overfishing and environmental changes, reducing the number of fish. "The penguins still move to where the plankton are abundant, but the fish are no longer there," Sherley said. Young penguins that wind up there often starve to death.
"Their breeding numbers are about 50 percent lower than they would be if they found their way to other waters, where the human impact has been less severe," said the study.
Scientists are considering the possibility of transporting young penguins to areas where food is more abundant. African penguins are considered endangered by the International Union for Conservation of Nature (IUCN), with about 50,000 penguins remaining in Namibia and South Africa.
Food shortage is considered the main reason for their endangered status.
/PanARMENIAN.Net/