Yerevan, Armenia, 3 Zarobian str., phone:(+374 10) 58 94 18
E-mail: This email address is being protected from spambots. You need JavaScript enabled to view it., www.akhachaturianmuseum.am
Facebook:http://www.facebook.com/museum78 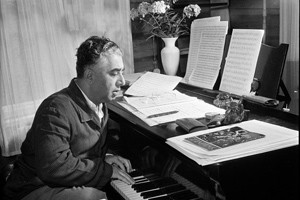 Aram Khachaturyan is a great Armenian composer, an outstanding representative of 20th century’s music, one of the most original contemporary composers. His works are part of the world music’s “gold portfolio”. In connection with the composer’s 100th anniversary, UNESCO announced 2003 the Year of Khachaturyan. “It is first of all a feast of music. There is something Rubensean in the splendor of his life-enjoying melody and the luxury of orchestral soundings. Not only splendor, but also abundance and generosity: clusters of melody and ornaments! You feel like tasting prodigally free music, pleased with its abundance. Khachaturian’s art calls: “Let it be light and let it be joy!” (B.Asafev) The Big philharmonic hall, string quartet, piano trio, international contest of musicians are named after Khachaturyan.

“…I will say that it was rather hard for me to imagine the future house-museum by drafts on paper. From the outside, it is very beautiful and persuasive, but the internal arrangement and design was more difficult to visualize. In general, I liked the project and felt like approving it…”
Aram Khachaturyan, January 29, 1978, Moscow. 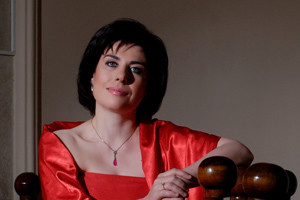 Head of the home-museum
Armine Grigoryan
a pianist, professor
of Yerevan State Conservatory
named after Komitas
laureate of international competitions
the pianist of the Khachaturian trio

HISTORY OF THE HOUSE-MUSEUM 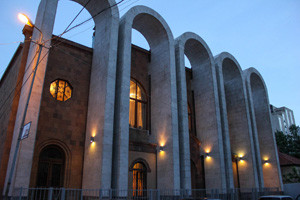 The house-museum of Aram Khachaturyan is located in Yerevan. The composer had only managed to only become acquainted with the drafts of the future museum and express his wishes to a famous architect Edward Altunian, who was asked by the government to start the project order.
The basis for the museum was a large stately house where Aram Khachaturyan often stayed whenever he visited Yerevan.
On January 23, 1984 the museum was opened for visitors. When he was still alive the composer got acquainted only with the sketches of the future museum and expressed his wishes to the famous architect Edward Altounyan who was to design it on the order of the government. 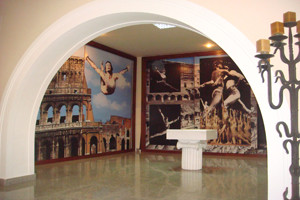 Letters, manuscripts of scores, books, records, photos and other materials related to the life and creative work of the genius composer are collected there.
The son of A. Khachaturyan, Karen, donated to the museum the private things of his father: cabinet, bedroom, dining room, piano, conductor’s tail-coat and baton, letters and many other things from the family archive. Today the home-museum is surrounded by a green garden where in 2007 a memorial fountain was opened, the work of Sargis Gourzadyan, an honored architect of the RA.
The home-museum occupies an area of 2000sq.m. In 2006 the home-museum was fundamentally repaired.
Conductor, music and public figure Gohar Haroutiunyan had been its manager since the day of foundation and up to 2003. Since 2004 Armine Grigoryan, a pianist, professor of Yerevan State Conservatory named after Komitas, has become the head of the home-museum.

THE COLLECTION OF THE HOUSE-MUSEUM 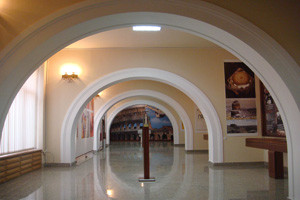 Over 18thousand valuable exhibits are kept in the home-museum, and more than 12500 out of them are included in the main fund of the museum. Those are the personal belongings of the great composer, photos, documents, ballet and concert posters and so on.
The composer's manuscripts, his personal correspondence and many other thing occupy a special place in the collection.
One of those exhibits has a very interesting history. It involves a piano, donated to the house-museum by Tigran Mostijian from San Paolo. Once (by the end of the fifties), when the composer toured in South America, a passionate admirer of his creative work T. Mostijian gave a reception in his home in honor of Aram Khachaturyan. He bought a piano just because he wanted the composer to touch the keys of the instrument. 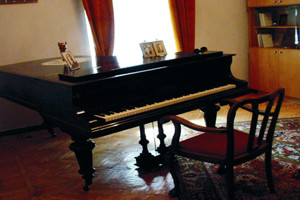 After Khachaturyan had played fragments of his compositions, suddenly, the master of the house gave a nail to the composer so that the latter would scratch his autograph at the piano’s top cover. It took persuading Khachaturyan; nevertheless, the signature was put. Today, this piano occupies its modest place in the museum.
The composer’s personal grand piano in front of which Aram Khachaturyan created his great music occupies a special place in the exposition. The grand piano is exhibited in the memorial part of the museum.
The home-museum of Aram Khachaturyan has a light concert hall with excellent acoustics. The walls of the hall have welcomed the leading performers of chamber genre and young musicians for decades now. There is a rich library of records in the house-museum – about 4000 CDs with records of classic and contemporary music. The museum also includes a National collection of unique musical instruments.

On June 6, 2008 they celebrated the 105th anniversary of the great composer and the 30th anniversary of the foundation of the home-museum.
The opening of the new exposition was timed to these dates.
The museum has 10 exposition rooms and a private corner of the composer that thoroughly describe his life and creative activity.
Visitors can see the composer's childhood and youth, years of his studentship and mature life.
The museum presents the creative works of the great composer with world fame - Works for Symphony Orchestra, Works for Soloists, Chorus and Symphony Orchestra,Works for Solo Instruments and Symphony Orchestra, Music for Ballets (“Happiness”, “Gayane”, “Spartacus”), Works for Chamber Ensembles, Works for Piano (solo), Works FK Violin and Piano, Works for Cello and Piano and Cello solo, Works for Various Instruments, Works For Brass Band, Music for Theater, Cinema music, Vocal Works… 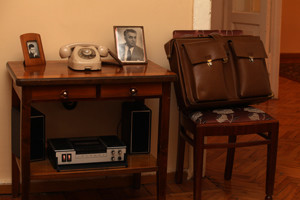 Visitors will get acquainted with conductor, pedagogical and social activities of the composer.
During all his life the composer, who had to live far from his motherland, was connected with Armenia with thousands of invisible threads, and his love and longing for his homeland are reflected in each of his works as Khachaturyan's music glorifies Armenia by every note.
And this music unobtrusively accompanies visitors during the excursion about the museum, presenting everybody with the sensation of invisible but very close presence of the composer.

ACTIVITY OF THE HOUSE-MUSEUM 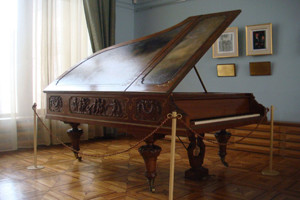 Different events are held in A. Khachaturyan's home-museum: concerts, musical festivals, contests, memorial evenings dedicated to different composers and musicians, exhibitions, concerts of famous musicians.
One of the main purposes of the museum is not only to acquaint visitors with the great composer's life and creative work, but also to develop artistic and musical taste of the young and especially children.
That is why the home-museum has also different programs for schoolchildren. 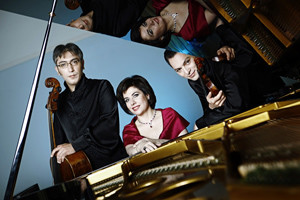 Khachaturian trio was founded as trio “Arsika” in 1999. It has toured extensively throughout the Central and South America, Switzerland, United Kingdom, Germany, Austria, Bulgaria, Australia, Moldova, Georgia, Latvia, Russia and Armenia. In 2008 Trio took name of an outstanding Armenian composer Aram Khachaturian. The critics have highly praised the Khachaturian Trio’s virtuoso performances, subtle sense of style, warmest sound, brilliant and deep musicality. Members of the Trio are involved in pedagogic activity by giving master classes in music schools of various regions of Armenia. The Trio works in tight collaboration with contemporary composers. It has premiered a number of new works, which were commissioned by them. The members of the Trio are three established and highly regarded chamber musicians. The Trio’s repertoire covers a wide range of music styles. Trio: Armine Grigoryan, piano; Karen Shahgaldyan, violin; Karen Kocharyan, cello. More information about Trio see here www.khachaturiantrio.com.

MUSICAL COLLECTION IN THE LIBRARY OF THE HOUSE-MUSEUM

A. Khachaturyan's home-museum has a rich audio library, where there are collected the pearls of world classical music: CD and DVD that visitors can listen to or watch in the museum.
A special place in the audio library is given to the gift of A. Grigoryan, a Canadian Armenian, (about 4 000 CD and 100 DVD).
The house-museum has also a library where different publications concerning A. Khachaturyan's life and creative work are collected.